Have you ever taken a 92 year old (whose mind is better than yours) to a doctor's appointment?
If not, I’ll let you take my mother the next time she needs to go.  Your recovery period won’t be as long as you might think. Anyone who knows her wouldn’t dream of volunteering but, just so you’ll know before hand how it might go, this is what happened to me when I took her last month.
As you know, at the doctor’s office, they always ask (in a very loud voice if the patient is elderly) why you are there, and you have to answer in front of a room full of strangers and sometimes it’s embarrassing – well to most people it would be, but my 92 year old mother could care less!
However, to me there's nothing worse than a doctor's receptionist insisting that you tell her what is wrong with you in a room full of other patients. I know you must have experienced this, but I doubt that you’ve experienced anyone handling them in the way that my little 92 year old ‘Southern Lady’ of a mother did recently.
We walked into a crowded waiting room and she approached the desk.
The Receptionist said, "Yes ma’am (we’re in the South you know). What are you seeing the Doctor for today?"
My mother answers, "There's something wrong with my “butt hole".
Obviously, the receptionist was shocked and said, "You shouldn't come into a crowded waiting room and say things like that.  You've caused embarrassment in a room full of people. You should have said there is something wrong with your ear or something and discussed the real problem with the Doctor in private."
BIG MISTAKE!
Mama replied, "And you shouldn't ask people questions in a room full of strangers if the answer is going to embarrass you.  But where I come from a ‘butt is a butt’.  What do you want me to call it?”
By this time I couldn’t offer any help because by then I’m practically passed out, but still had enough oxygen left to say “Mama! What’s wrong with you?” to which she answers “What’s the matter!  That’s what we came out here for isn’t it”!
Anyhow, my mother turned around and marched out the door, waited several minutes and returned to the desk.
The Receptionist smiled and asked, "Yes?"
My mother says, "I think there's something wrong with my ear".
The Receptionist nodded approvingly and smiled, ‘thinking’ my mother had taken her advice.
MISTAKE #2!
"And what’s wrong with your ear, ma’am?"
Mama answered, "It’s constipated and thinks it has hemorrhoids.  It can still hear OK but it hurts pretty bad right now.  I need to see the doctor”
The waiting room erupted in laughter. 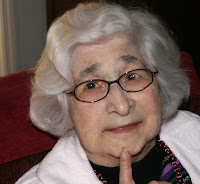 Keeper of The Sick

A Little About Me

Kattie
I am a wife, mother, grandmother, daughter, fairy god-mother, counselor to the young, and "Keeper of the Sick". My husband and I live in a college town in the South where we care for an elderly parent who is an avid reader and the number one fan of CNN, History Channel, Discovery Channel and Pawn Stars, in that order. My husband works at an area College and I am involved in so many things it's difficult to keep track, with only one exception and that is constantly fighting insurance companies.